The mushroom Ganoderma lucidum has been used for medical purposes in traditional Chinese medicine for over two thousand years, and the same is true for several closely related species, such as G. tsugae and G. lingzhi.

In China, the term lingzhi mushroom is used for several of the Ganoderma species. The same is true for the Japanese term reishi mushroom. Lingzhi mushrooms are mentioned in classical texts in China as early as the Han Dynasty era (206 BC – 220 AD). In Chinese art, the lingzhi is used as a symbol of health and longevity, and the godess Guanyin is sometimes depicted holding a lingzhi mushroom.

G. lucidum has a bitter taste. The traditional Chinese way of preparing it involves slicing it thinly or pulverizing it before adding it to boiling water. The water is reduced to a simmer, and the mushroom is left to simmer under a lid for approximately two hours. Both fresh and dried mushroom is prepared this way. The resulting liquid is dark and have a bitter taste. Generally speaking, red G. lucidum will produce a more bitter liquid than black specimens.

G. lucidum grows as a parasite or saprotroph on a wide selection of trees. It can be successfully cultivated on logs, wood chips and even in sawdust. 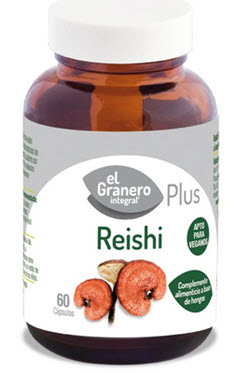 Ganoderma lucidum is a corky and flat polypore mushroom. The kidney-shaped cap is conspicuously red-varnished. The underside sports pores that vary in color from white to dull brown depending on age. G. lucidum has no gills on its underside.

Exactly how the mushroom’s fruitbody develops is largely impacted by environmental factors, such as light, temperature and humidity. Elevated carbon dioxide levels promote stem elongation, and the formation of antlers without a cap is also suspected to be linked to abnormal carbon dioxide levels.

I was once throught that G. lucidum occured in two growth forms:

Recent molecular research have shown that the first growth form is a distinct species. It was actually recognised as a species and named G. sessile as early as 1902 by William Alfonso Murrill.

In China, this fungi has been well-known for a very long time, and we know that the name Lingzhi was used as early as the Han dynasty (206 BC – 9 AD). In Chinese, ling can be roughly translated into spirit, spiritual, miraculous, sacred, soul, divine, mysterious, efficacious or effective. Zhi is used for a variety of supermundane substances often described as plants, fungi or excresences.

This fungus is known under several different names in Japan, including some that are derived from Chinese loan words, e.g. Reishi.

One of the most well-known Japanese names is Mannentake which means “10,000 year mushroom”.

G. lucidum produces a group of triterpenes called ganoderic acids. The molecular structure of the ganoderic acids resembles that of steroid hormones.

Just like several other members of its genus, G. lucidum contains fungal immunomodulatory proteins (FIPs). These proteins are bioachtive compounds with immune building properties, capable of stimulating different cells and cellular components that enable immune response. FIPs can for instance influence the actions of T lymphocytes and B lymphocytes.