Cannabis sativa is an annual herbaceous plant native to eastern Asia. It has been cultivated for thousands of years and virtually all parts of the plants have been used for various purposes, from rope manufacturing to medicine.

C. sativa is believed to have originated in a mountainous region northwest of the Himalayas.

The Cannabis sativa plant is used for many different purposes, and have been throughout recorded history. Here are a few examples: 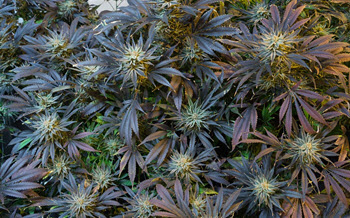 Most C. sativa plants cultivated today fall into one of three cultivar categories.

Category 1: Cultivars especially suitable for utilizing the fibers. These plants tend to have long stems and little branching.

Category 3: Cultivars especially suitable for medicinal, spiritual or recreational use. They have a high content of cannabinoids.

Examples of chemical compounds found in the C. sativa plant: